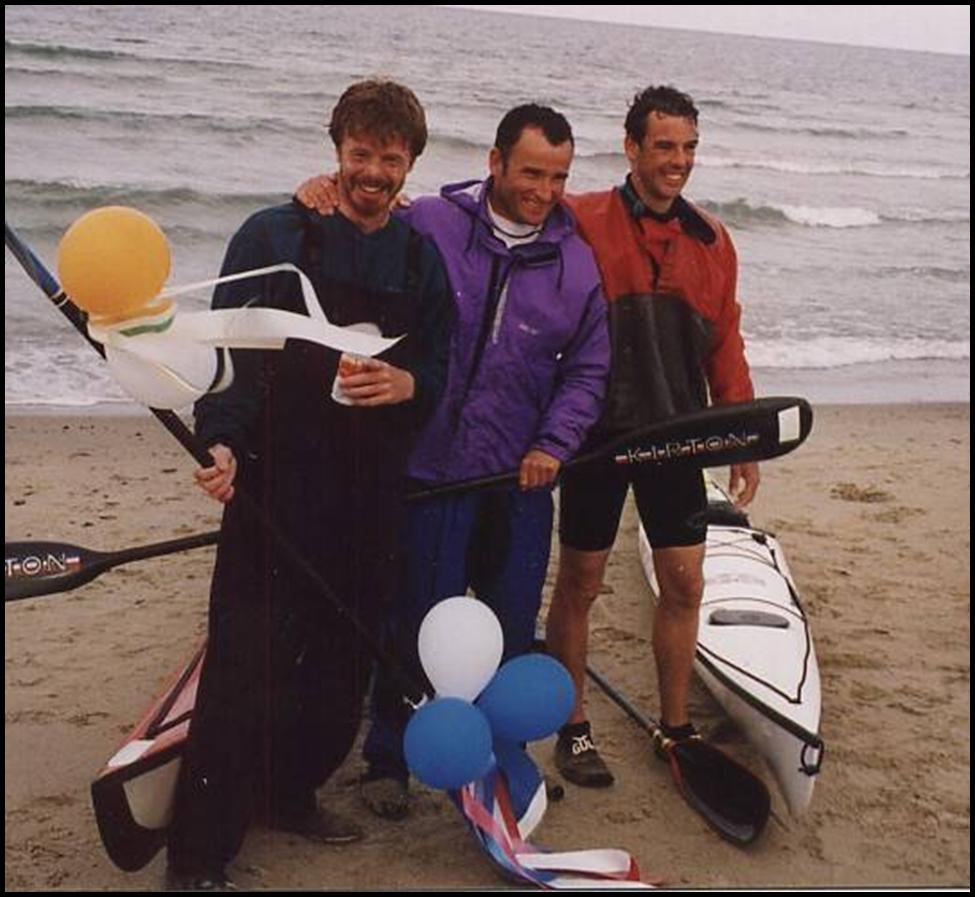 Sennen to The Scillies and Return, in a Weekend, by Richard Sims – PDF of Hayle Canoe Club website article. 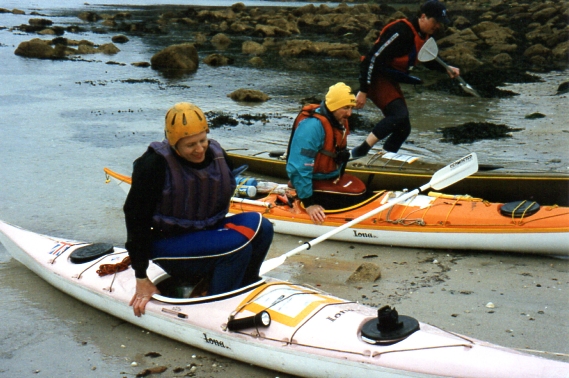 At 18.00 hrs on Sunday, 23rd July, George Bazeley, lan Tatam and myself set off from Whitesands Bay (near St David’s in Pembrokeshire, South Wales) to canoe, without escort, to Southern Ireland. 17 hours later at 11 .00 hours on Monday 24th, we landed safely at Rosslare Harbour, County Wexford, feeling tired and uncomfortable, but otherwise fit and well.

On Tuesday, 19th August, 1986, Robin Rhodes and I canoed across from Larne in Northern Ireland, to Portpatrick in Galloway, Scotland, in just over 61/2 hours.

Although we had planned the crossing from east to west and hoped to complete it while on holiday in Galloway with our families, the weather over the first week had been  unsuitable. With the wind against us again on Tuesday, 19th August, but a sea that looked acceptable from our viewpoint on Castle Bay caravan park, Robin casually suggested a crossing the other way. His off-the-cuff remark led to frenzied activity, and by 10.45 both families had piled into their cars

At 22.30 on Friday, 14 June, 1996, Tim Oldrini and myself left Soldiers’ Point, Holyhead, Anglesey and headed out past North Stack to assume a compass bearing of 280 magnetic. Sixteen and a quarter hours later, at 14.43 on the Saturday, we nosed our two, single-seat sea kayaks into the beach adjacent to the walled harbour at Dun Laoghaire, Ireland. We had completed 60 miles to cross the central Irish Sea in conditions which can only be described as ideal. 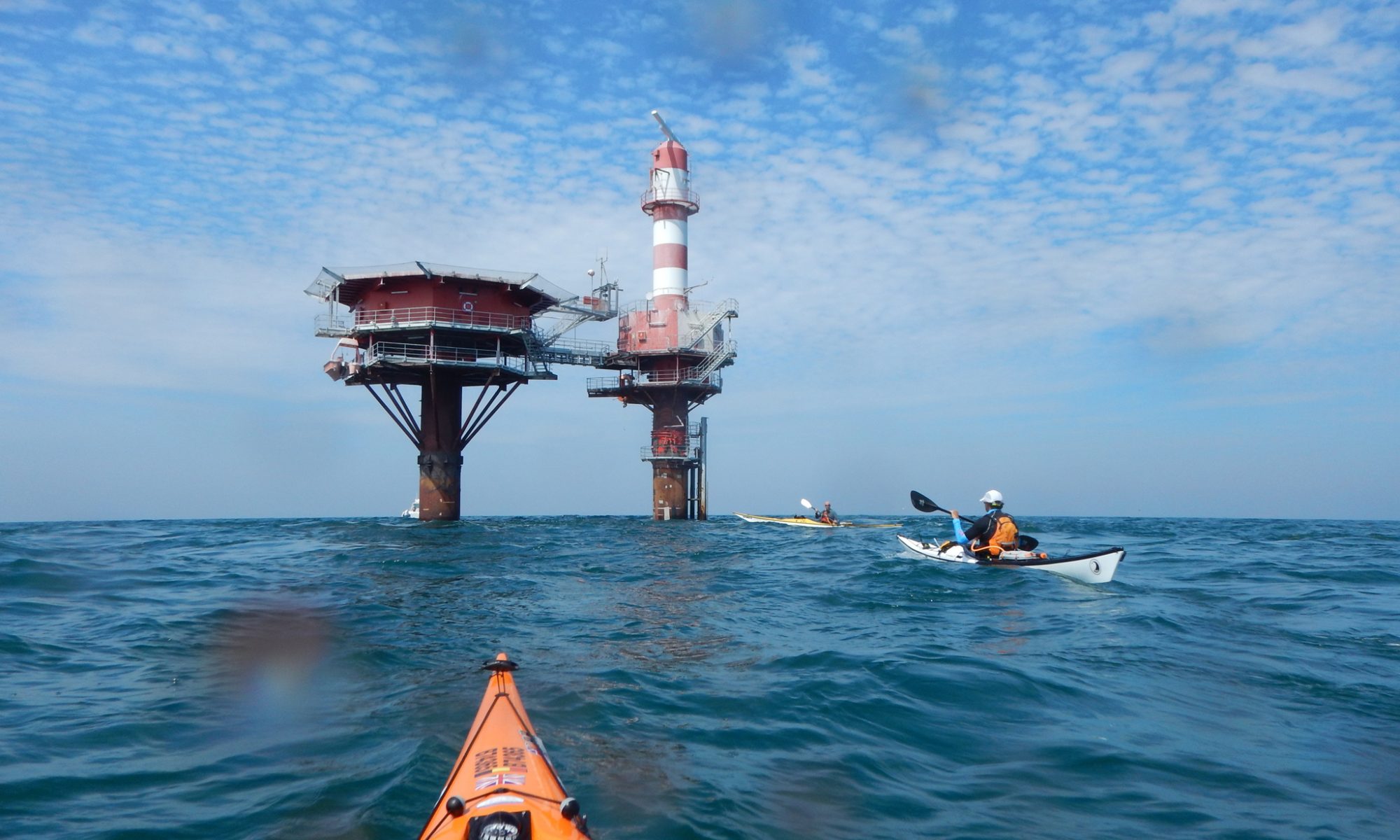 We are always looking for a good challenge, preferably one that takes us offshore. If you look at the Belgian part of the North Sea, there are no islands that you can paddle to (with the exception of the North Sea crossing to the UK). We have to do it with our buoys, navigation marks and towers. Yes, there are towers located in the Southern part of the North Sea. Two of them are drawing our attention. The first, and closest one, is the Oostdyck radar tower. When visibility is extremely well, it can be seen from the beach without binoculars. The radar sends all shipping movements to the Traffic Centre for monitoring. This tower is located some 21 kilometres offshore.

I have dreamed. I have prepared. I have trained hard. I have crossed the Southern part of the North Sea by sea kayak on 30 and 31 July 2015. Manpowered and alone, no support whatsoever and no support or pilot vessel. I have paddled during day and night time. I’ve been exhausted, excited and happy at the same time. This is my story.

I had this dream to do the North Sea crossing for years and now the weather conditions were perfect. So I planned, made calculations to counter the tide and prepared myself mentally.