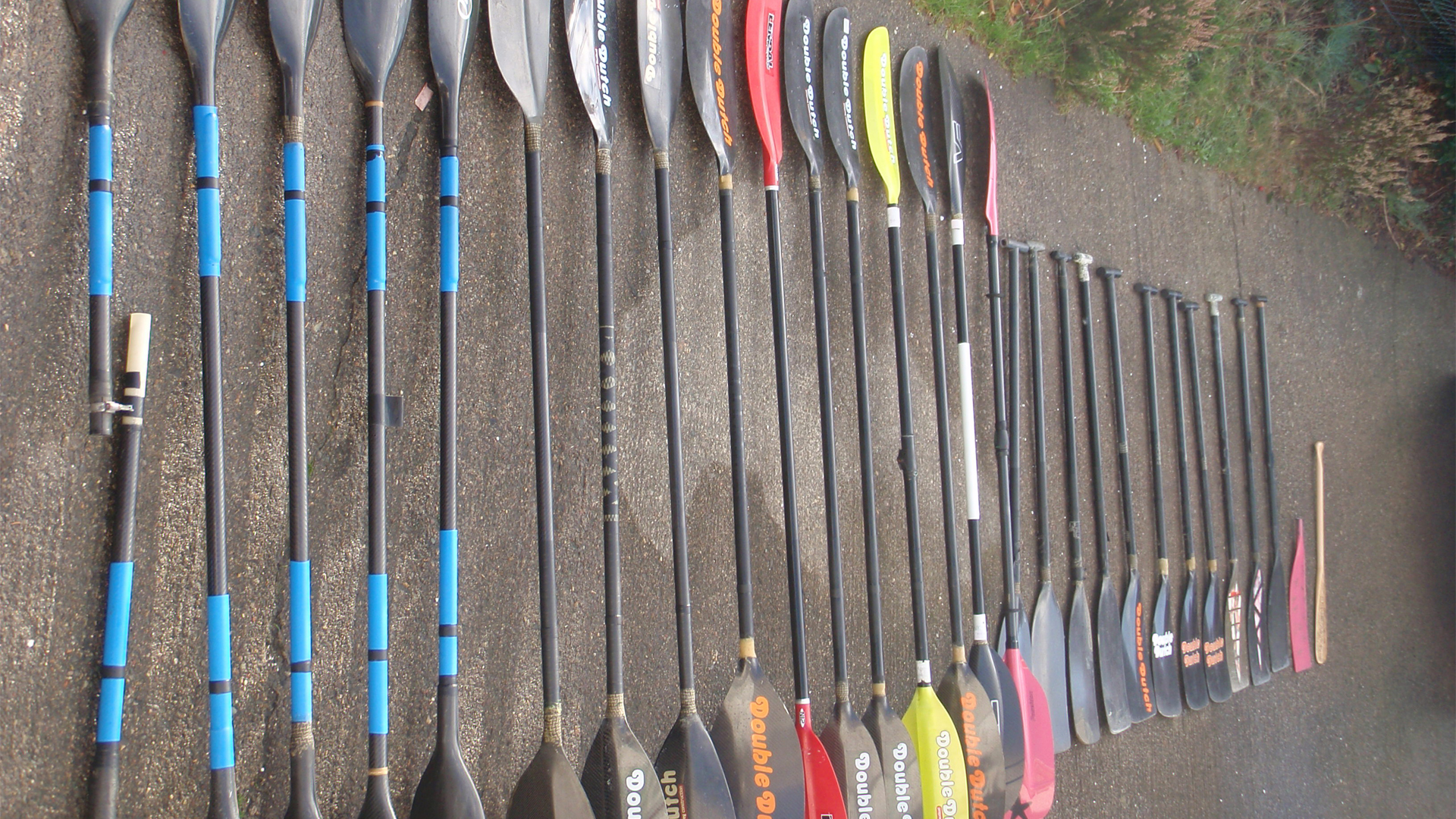 This post is basically the text of an email reply to questions about paddling with crank-shafts. Take it or leave it as you see fit.

Crank shafts were introduced into canoe slalom in the UK in the late 1980’s. Richard Fox (5 times K1 Slalom World Champion) was the main driving force behind them. They were introduced in an attempt to improve performance during bow rudder strokes.

When the arm is fully extended during a bow rudder the outer fingers of the bottom hand tend to peel away from a straight shaft, at the same time the wrist is also ‘cocked’ at an angle away from straight extension. With the introduction of the crank shaft the wrist could be held straight and the hand could still grip the shaft with all 5 digits with the arm fully extended. The theory was that this would result in more power being transferred to the blade, giving a stronger bow rudder stroke and so an increase in performance over the length of a slalom course.

A measurable (though very small) performance gain was quoted. However it was also known that there was an optimum crank angle and even a small deviation from this angle would result in no gain or a even loss in performance. As mentioned in previous posts cranks also come with a number of (though relatively minor) drawbacks.

The crank shaft was first introduced to the world stage when Fox used one to win the 1989 World Slalom Championships. I don’t think a major flatwater K1 championship has been won using cranks, though I may be wrong on that one…

However, somewhere further along the line things became a little blurred and the crank was rejuvenated as a cure all for sea kayaking wrist, elbow and shoulder problems.

One slight drawback of cranks on wings that hasn’t been mentioned is the fact that a wing paddle on the none-control hand (when used on a straight shaft with a relaxed hand grip) will tend towards the correct feather angle in the water itself – a crank on the none control hand can interfere a little with this.

At the end of the day paddle with whatever you feel comfortable with.

To move slightly away from the original post:
“But I changed to cranks and my wrist problems went away!” Yes that may well be the case. However I would suggest it is more likely due to the fact that you had an enforced rest. And then on your return you took it easier and gave more consideration to your technique and fitness, in order to avoid a return of those unpleasant wrist problems.

Repetitive type injuries and conditions (as opposed to incident /impact injuries) relating to joints and connective tissues of the arm can be brought on and aggravated by various factors: