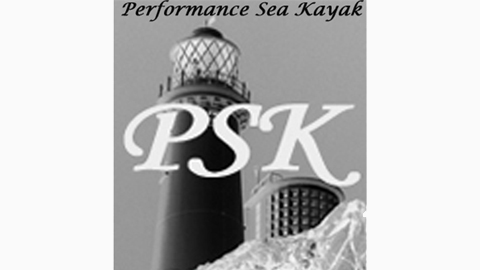 Early in the year (2003) I decided I would like to try a circumnavigation of Anglesey in one hit,only thing was where to start from as there were so many different options available. I decided to do it on a 10 metre tide [Liverpool] to get as much tidal assistance as possible and after a few workings out chose Borthwen at Rhoscolyn as my starting point. September was looking good for big tides but in August whilst having a couple of weeks off from my post round, I made a spur of the moment decision to go for it. It was the 12 August and there was a a 9 metre tide, not the biggest but it would have to do. At 03.00 am I set off from my Wirral home and headed for Anglesey. The forecast was N3-4 becoming variable 2-3, that’ll do for me I thought. After driving straight past the turning for Rhoscolyn at 04.45 am I had to alter my plan a little and start from Porth Dafarch, not a huge problem.

Loaded with a bag of Bazza’s homemade flapjacks, half a dozen bananas, lots of organic chocolate, masses of dried fruit which resembled a bag of small mammal droppings and nearly enough water to sink my kayak I was ready. I setoff from Porth Dafarch beach and headed straight out and round the corner for Penrhyn Mawr. As I approached Penrhyn Mawr things had already got going but not so much as to cause any problems and after a quick soaking I was soon moving north towards South Stack, staying out wide to try and make the most of the tide. Passing South Stack I noticed a definate lack of the usual puffins which I think had all gone off far out to sea by now, although there were plenty of guillemots and cormorants spectating from the rocks beneath the lighthouse, some of them diving for cover as I paddled by. After changing course for North Stack I continued to stay out wide to make best use of the tide which by now was starting to pick up more speed to help me on my way. By 06.27 am I was looking across Holyhead Bay through a slight mist to see the flashing of the Skerries lighthouse. I aimed my kayak directly between the Skerries and Carmel Head on a bearing of 40 degrees and I had already checked the ferry times to make sure I wasn’t going to be mowed down by a Seacat, even so I still kept looking over my shoulder just in case. Everything was going well and it would have been a shame to spoil things so early in the game.

Exactly one hour later I had crossed Holyhead Bay and I could really feel myself moving at a good pace now.  All around Carmel Head and the Skerries the sea was very disturbed and there were white caps everywhere. I carried on paddling hard getting flung all over the place as I neared West Mouse, the first of the small islands just off the north coast. I was getting a real drenching here and this continued all the way past Cemlyn Bay and right up to Middle Mouse. It was now 08.15 am and I was passing Porth Llanlliana which I am told is the site of an old derelict boot factory. As soon as I went past it the sea became unbelievably flat calm for as far as the eye could see, so it was time to remove some of that gear I was wearing to try and cool down a bit.

I stopped at a little cove called Porth Cynfor and put on some lighter clothes for the long day ahead. A quick flapjack and relieve the bladder and off I went again paddling like the clappers being washed along by the flooding tide towards Point Lynas where the next stage of my trip would start, a twelve mile crossing of Dulas Bay and Red Wharf bay over to Puffin Island. For this stretch I stayed way out to avoid a huge back eddy which builds up in the bay so to stay out I just kept on a bearing of 130 degrees for the next two hours. Half
way across Red Wharf Bay I was pretty desperate for the toilet again so it was time to use the empty water bottle, plenty of privacy out there anyway. I’m sure it would have made interesting viewing for anyone with a telescope.

I had hoped to get to Puffin Island for 11.30 am but I was ten minutes late and the tide had already started ebbing out of that end of the Menai Straits. I decided to stay close in to shore and paddled hard and it wasn’t long before I was at Beaumaris where there was a bit of a different feeling. The water was ebbing the other way here which gave me a fantastic boost. The closer I got to Menai bridge the faster I went until it felt like I was absolutely flying along past all the moorings and then straight under Menai Bridge itself. As I headed for the Britannia Bridge there were all kinds of boils and eddies taking me from side to side and this continued for quite some time and then by 13.30 pm I was making good progress away from Britabnia Bridge up towards the other end of the Menai Straits.

I had been picking at snacks and drinking lots of water all the way along and I was going to have to top up my water bottles pretty soon. I’d be passing Plas Menai water sports centre soon so decided to pull in there. One  of the instructors showed me where the tap was and within about two minutes I was back in my kayak and on my up towards Abermenai Point. By this time the variable 2-3 had arrived which gave me a lovely westerly breeze in my face. I was now approaching one of my favourite places, Llandwyn Island. I had marked on my map an eta. of 16.00 pm and at 15.45 pm I was rounding the SW tip of the island fifteen minutes ahead of schedule.

As I went around the corner I realised that I was no longer going to be helped by the tide and would more than likely be going against for a good stretch. I knew from previous trips that from here to Rhoscolyn would take me in the region of two hours and fifty minutes. Various people have told me that I must stay close in to shore
for this stage of the trip but I decided to just dig in and paddle hard. I was starting to get a bit tired now as I had been on the water for quite a while but being able to see Rhoscolyn Beacon was giving me a target to aim for. Once more it was time to pull back the spray deck and get out the empty bottle, nice timing, just as I was in full flow what sounded like a power boat in the distance turned out to be a rescue helicopter not in the distance. Spray deck back in place and it was thumbs up to the guy sitting on the edge of the helicopter and time to crack on again. There didn’t seem to be any tidal movement at all here but as I soon as I neared Rhoscolyn Beacon it was a different story. Once more the flood had started. What a fantastic feeling it was at this stage to be helped along again by the tide just when I needed it. I started to feel fresh again,It was a great psychological boost for me.

I moved past the beacon fairly quickly and was now in the final furlong. This last stage of my journey, Rhoscolyn to Porth Dafarch, looked pretty small on my map. I felt really good now and was putting everything into my paddling as if I had only just started. About half a mile or so from Porth Dafarch I suddenly ran out of energy, I’d paced myself pretty well all day and then right at the very last leg I’d burnt myself out. I kept on going, knowing that it would only be a few more minutes and then there it was, Porth Dafarch beach. Usually when I arrive back after a day’s paddling I don’t want to get out of my kayak but this time it was all I wanted to do.

As soon as I touched the sand I checked my watch. It was 19.12 pm, which meant that the 75 mile
circumnavigation had taken me 13 hours 36 minutes and on a 9 metre as well. I was really pleased with the time it took but maybe I’ll have another go when there’s a big 10 metre tide.