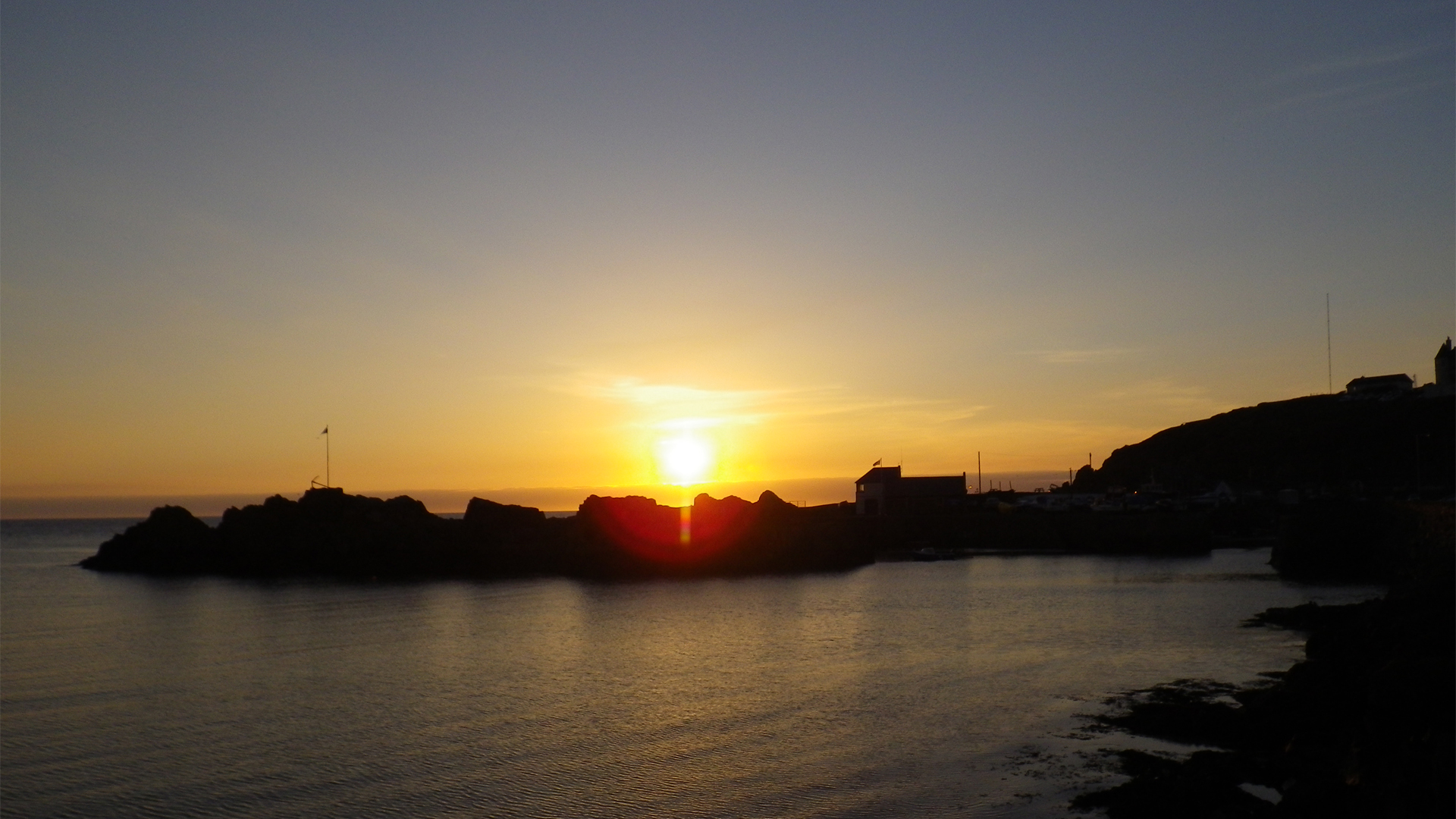 Going back a few years, I took part in the Hebridean Challenge.  At the end of a tiring but rewarding day I found myself sat on a beach with Bennie.  Bennie was a fellow competitor and we were discussing canoeing tales of past and future, as well as his rather strange tent with no poles.  Bennie regaled me with details of his trips across the North Channel between Scotland and Northern Ireland; it all sounded impressive and rather intriguing… could I paddle that far? Bennie made it sound like an (almost) everyday occurrence, though it sounded an unfeasibly long way to me.

Winding the clock onwards a few years, things had progressed and there were now a number of Irish Sea crossings under the belt, but somehow I still had not ticked off the North Channel.  It was certainly on the list but somehow it never seemed to come around.

The main goal for the 2011 season was to be an attempt on the circumnavigation of Mull, this was going to be a long paddle for me and so I was looking for a couple of ‘progress paddles’ as part of the build-up.  The old favourite, the Anglesey circumnavigation, was in the programme but I was also looking for something else, something a little shorter to do earlier in the year.  As I was thinking that the North Channel crossing may well fit the bill I heard from Tadhg de Barra of the Irish Sea Kayaking Association.  In July 2010 he had made the crossing from Donaghadee to Portpatrick, and set a cracking time of 4 hrs and 9 mins for the 19 nm – impressive.  Very impressive!

This would require a good day out to improve upon.  I’d been keeping an eye on people making the crossing for a while but this one was special – just outside the 4 hrs mark for the distance, there was no doubt that it was the new benchmark.

It was the catalyst that was needed for me to get my act in to gear; the plan was set – a good winter’s training followed by the North Channel crossing in the spring and then an Anglesey attempt later – this should build nicely for the Mull circumnavigation in the summer.  Time to clock up some more miles.

The winter came and went and then suddenly I found myself standing at the edge of the harbour at Portpatrick looking out at the conditions – time flies…  A steady breeze was blowing but things looked quite good out there and the forecast sounded reasonable.

It was my first visit to Portpatrick so I took time to look around and get familiar with the place; I wanted to know my way around for when I arrived to paddle the following morning.  Looking out towards the horizon I could make out the hills overlooking my destination – it didn’t look all that far away. As darkness fell I could see the lights on the far side, lives going on in another world.

Time for admin; a check of kit and yet another look through the paddling plan.  All looked well so it was time to head off to find food, and then to try to overcome jingly nerves and get some sleep.

I had been through umpteen races over the years, big and small and so perhaps should have got a grip of pre-event nerves.  But things seemed to be getting worse rather than better as the years went by. Though this crossing was an attempt on setting a new record it was also a training run and one of the things I needed to train was my nerves.  I hoped to make the crossing in less than 4 hours, it was only an hour longer than the Puffin Island Time Trial back on Anglesey.  I didn’t get too worked up about that one, so why should this be any different?  The plan was to deliberately play down the trip to myself and see if this would help out.

Anyway, morning arrived and the boat was on the beach – my old friend the pink Rockpool Taran. It was not too early a start, a plan to leave just after 08:00 and so there was the luxury of packing the boat in daylight for a change.  It was usually the case that I would be a little behind schedule by the time I got my backside in the boat but this time I was determined not to be late.  But I forgot to allow for the time needed to look at Peregrine Falcon photos of course.

I found myself looking at a collection of photos, a passing gent was keen to show.  Admittedly they were impressive, but the clock was ticking.  The plan didn’t really take this into account – but we’ll factor it in next time. It’s a strange world.

Back to the task in hand; Tadhg had warned me about the tide streams and races around the Copeland Islands, just north of Donaghadee.  According to the chart there was a large eddy that formed below the islands on the flood and it made sense to time arrival with this in mind.  The obvious approach was to arrive at local slack water but I wasn’t convinced that the charts told the full story.  A yachties perspective doesn’t always have all the detail desired by a paddler.  Looking at the map I reckoned there would be eddies but also channels of moving water. I thought I should be able to use these to my advantage.  A bit of bouncy stuff should also concentrate the mind and distract from the fatigue (Team Boss wasn’t convinced though).  We’d find out later which was the correct opinion.

The watches were started and the boat left the beach at Portpatrick just after 08:15. There was still a slight breeze blowing but nothing dramatic.  It was fairly calm with a slight chop under blue skies, but no significant swell.

The pacing plan was to bring things up gently, easing into the swing of things but then to continue increasing the pace steadily throughout, hoping that the beach would be reached before gaskets were blown.  I had Tadhg’s time in mind and I would have to push things hard, and keep on pushing, to have a chance of improving on that. There was no slack in the system. As per usual the heart rate monitor and GPS would have the job of keeping me honest, in their normal unforgiving manner. 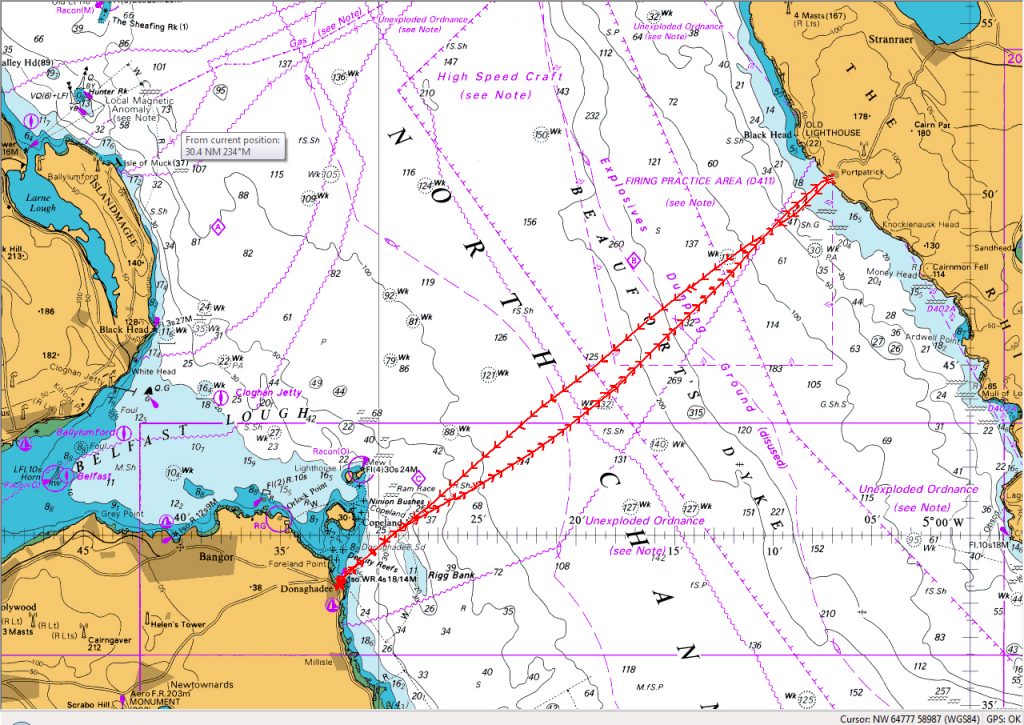 Basically the paddling plan was to paddle out of the bay and paddle hard until I ran into something that didn’t float.  In a little more detail I aimed to take the initial stages on a bearing, aiming off to allow for the tide but also heading a little low to allow for the anticipated eddy below the Copeland Islands.  But when I neared the Copelands I expected the flow wouldn’t quite do as advertised.  So I figured as I closed on the rough stuff I would suck it and see a little, falling back onto a GPS track rather than the bearing.  Past experience told me that by this point it would be a bit s**t or bust anyway, without enough time for the luxury of text book nav. Sometimes you just have to stop farting around and pull hard.

So finally it was time to call the Coastguard and leaving David Bailey’s bird spotting brother behind, I paddled out of the bay at Portpatrick.  The boat was running nicely, the heart rate was steadily rising as I woke up and conditions were ok.  It looked like the start of a good day.

Stopping to feed, I thought the first hour had gone well.  Because it was a relatively short crossing and time was so precious, I had cut my feeding and drinking down compared to the usual routine – again it would be interesting to see how this panned out.  So, back on the bearing and off again.

The second hour went by and things were looking good.  An average speed of over 5 kts had been maintained for the previous 2 hours, if that could be sustained I would get inside the 4 hour mark.  It wasn’t time to count any chickens just yet though; I expected to tire towards the end, but paradoxically hoping to lift the pace at the same time.  There was always a sting in the tail of course, in this case the unpredictable waters around the Copeland Islands.

As the Copelands grew nearer I could make out tide races and confused flow in the distance.  I brought forward my next food stop – I didn’t fancy faffing around in that lot.  So a quick stop and then it was time go again, this time to the end.  The GPS hinted tantalisingly at a chance of a sub 3:30 crossing – game on!

South of the islands I was glad that I had aimed low to allow for the draw of the eddy, it was strong but was tempered by fast flowing channels which split the confused water.  The faster water made for some quite bouncy conditions for such a calm day. I was glad to have fed early – this wouldn’t have been a relaxing spot.  Crossing the confused area I realised that the fast south flowing channels were having a greater overall effect than the north bound eddy, I needed to aim off at a good ferry angle.  The GPS still showed that the 3:30 was possible but it was going to be tight.  I was working hard now through the bouncy tide races, it was fun but at the same time a little frustrating trying to keep the boat running smoothly as the clock ticked onwards… 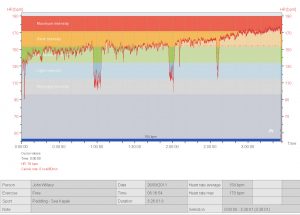 The plan had been to land on the beach in the bay but the harbour looked like an oasis of calm (and a bit closer) so that would do.  After clearing the last race things calmed down; a good ferry angle was still needed but with the calmer conditions it was time to put some power down.  I was working hard now but the harbour mouth didn’t seem to get any closer.  Pull… Pull… 3:30! 3:30!… Hmm, pretty harbour by the way. 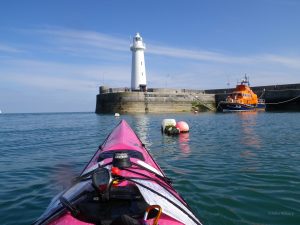 The boat was gliding through the calm water of Donaghadee Harbour now, and then the welcome hiss as the Taran finally slid to a halt on the sand.  Stop the clock and the GPS.  Phew – the heart rate had maxed out at 178 just before the finish.
The crossing had covered 18.8 nm and taken 3 hours and 25 minutes – only 30 minutes longer than the Puffin Time Trial.  Pleased.  Before I started I thought it would be a close call to reach Tadhg’s time, but to finish sub 3:30 was special, it felt good.

The sun was out now and wind had dropped.  As I hauled the boat up the beach I took my first real look of Donaghadee.  Children were playing, folks were eating ice cream and there was a buzz about the place – I sat in the sun drying my kit and doing nothing for a while.

However, one thing I had been trying not to think about was the return journey, I had no ferry ticket.  I guessed it was probably around a two hour paddle to the docks, followed by all the hassle of man handling the boat and then I would still have to get back from Stranraer at the other end – I figured I could paddle back in that time.

So that is what I did.

After sitting in the sun for a couple of hours, the Taran was loaded up once again. I headed out of Donaghadee harbour with an aim to see what Portpatrick looked like from a distance.  Of course there was a headwind all the way home and somehow I didn’t get the tides right either.  It was a slog, taking an hour longer than the first crossing, but so what?  The job was done.

As the boat was lifted onto the car back in Portpatrick, I wondered what Bennie would have made of it all… 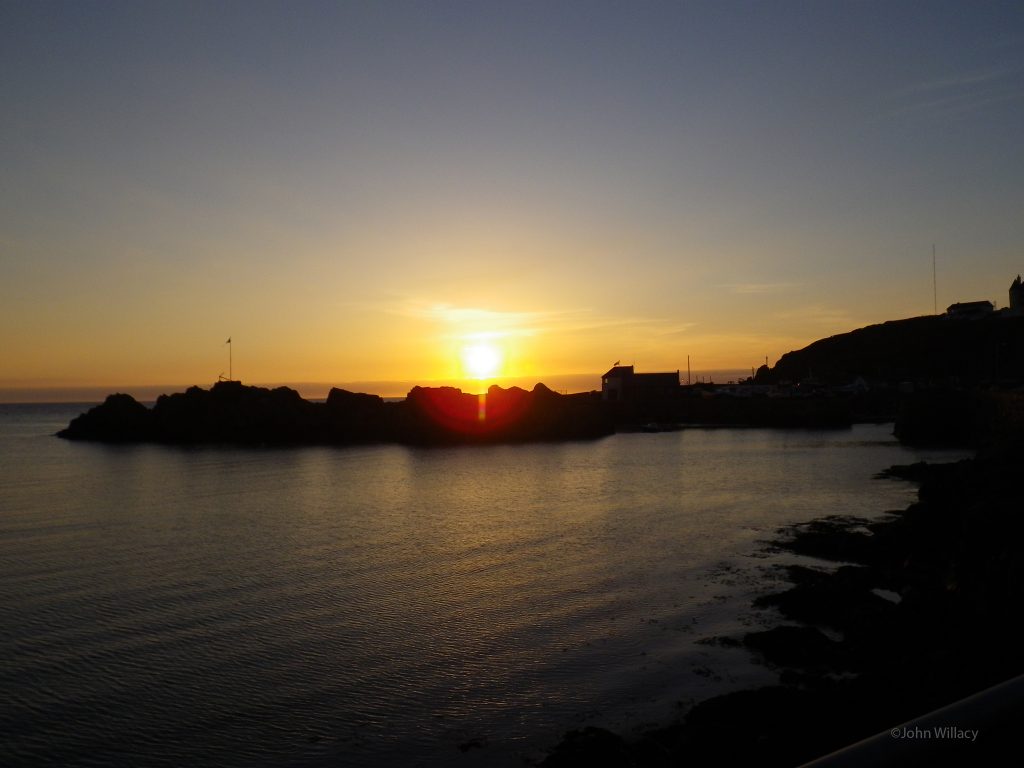