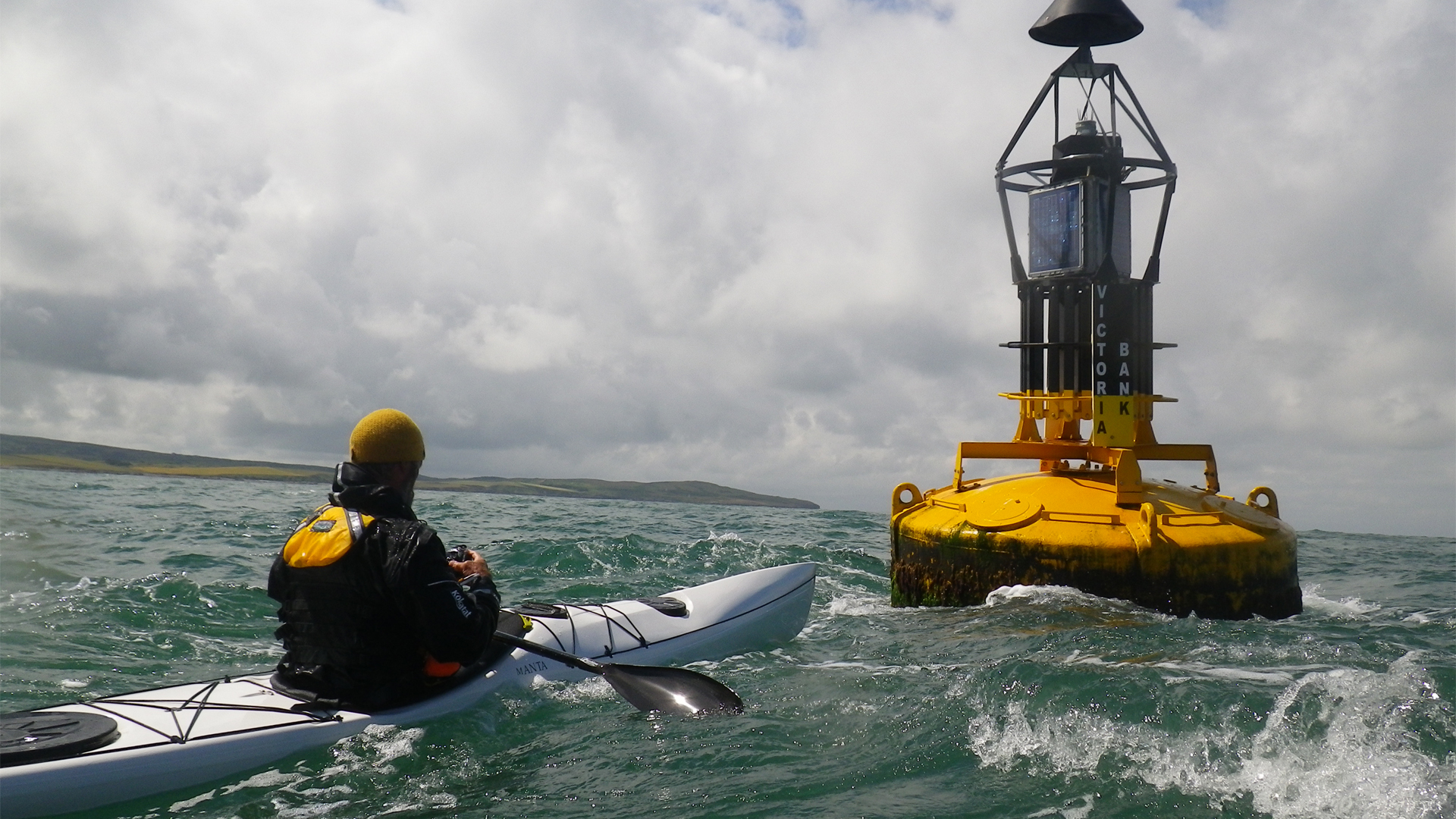 As the Taran moved into production in 2010 it now had to give a return on the investment made by Rockpool. The boat needed to be publicised.

The inaugural Oban Sea Kayak Race was a good opportunity, so Pascale and myself took the first two production boats to Oban. The Taran took first place in both the ladies and mens categories.

And though the Taran was now in production there was still plenty to learn about the new boat. You have to remember that at the time the boat was a serious departure from the norm, an unknown in many areas.

Testing continued, both formally and informally.  I was feeding development  information back to Mike at Rockpool, but I was also interested from a purely personal point of view. I wanted to know just what this boat could do. How did it handle? Where did the limits lie? What could we use it for? Was there a catch? Every paddle was still a test paddle in a way.

I wanted confirmation that the Anglesey record wasn’t a fluke, so in August 2010 I made an attempt on the Isle of Man circumnav record. On paper it shouldn’t be much different, but we had to make sure. A month later a crossing of the St George’s Channel (Irish Sea) followed – to extend the Taran’s longest crossing to 44 nm. Again I was looking for confirmation and confidence from the paddle. Both trips went well.

There was no doubt now that the Taran was capable and seaworthy, but it was also becoming labelled as a specialised boat for races or records.

Then Jeff Allen and Harry Whelan took a leap of faith and chose the Taran for their upcoming Around Ireland 2011 expedition.  This was new territory for the Taran, no-one had paddled one on a long multi-day expedition before. With their record trip of 25 days, Jeff and Harry put the Taran firmly on the expedition paddling map.

We wanted to learn more about long-duration paddling inside the Taran too.  And once again record attempts were the way to push the boat to its limits. So in June 2011 I paddled a 19 hr + circumnav of Mull – the longest day out so far. We learnt a lot about the seat and fittings from that attempt.

Another solo crossing followed, this time from Holyhead to Dun Laoghaire, in October 2011. At 54 nm this was now the longest Taran crossing, and set another milestone.

2011 also saw a new addition in the form of the Taran 16. As soon as the Taran entered production, energies had been orientated towards developing a follow-up boat. Some European dealers were a little stressed by the thought of the Taran and wanted a shorter version. Time to get out the hacksaw.  Originally known by the working name of ‘Tiny Taran’ and then the ‘Manta’. The T16 was paddled as a prototype in 2011; however the production-standard  plug was not completed until August of 2012. And the boat became known as the Taran 16 after an informal lunchtime poll inside the Rockpool workshop. 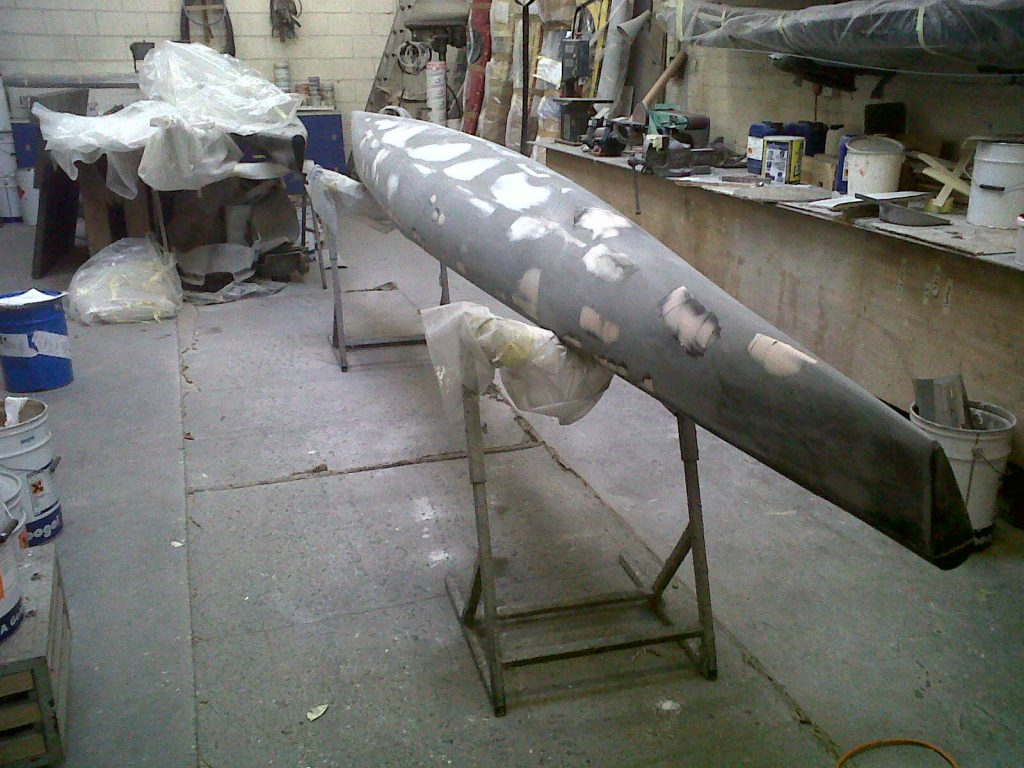 Moving Up A Level

Feedback from Jeff (Allen) had been positive after the Around Ireland trip. It helped sway me to  choose the Taran for a solo circumnav of the UK in 2012. The 72 day trip became the longest Taran expedition, and 8 days faster than the previous record.  A few weeks later Joe Leach paddled his Taran around the UK too, setting a new record of 67 days – a record that stands to this day.

While Jeff Allen and Harry Whelan had put the Taran on the expedition paddler’s shortlist, these latest two trips, and especially Joe’s impressive record, consolidated the Taran as a realistic long-distance expedition choice.

Since 2012 – 17 paddlers have completed the UK Circumnav – 8 of them paddled Tarans.

But the Taran is never far from the single-day-record limelight. 3 weeks after Joe returned home, Irish paddlers Brian Fanning and Mick O’Meara paddled across the Irish Sea and set a new record of 10 hrs 45. The Taran was now being noticed further afield.

Unfortunately my name crops up here all too often – the sea kayak community was reticent to embrace the Taran early on, hence I was doing most of the paddling. After 2012 the boat really started to get noticed, and from then new names paddled the Taran onto the pages of Performance Sea Kayak.

In 2013 Brian Turnbull broke 2 records, the circumnavigation of Arran and Bute.

In 2014 a total of 5 more single-day records fell to the Taran, both crossings and circumnavs.

And then in 2015 Mick O’Meara made a stunning paddle, battling poor weather to reset the bar on the Ireland Circumnav – 23 days for a solo paddle.

And David Horkan and Joe Leach took Tarans to Canada to paddle a circumnav of Vancouver Island in 15 days.

More records followed in 2017, including Catriona Woods setting the ladies record for Achill Island. However 2018 was a curious year. It was the first year where the Taran did not take any records, but then no other kayak did. I guess there weren’t many more left.

But there was life in the old dog yet. In 2019 David Horkan set a new record for the Achill Island circumnav and Veiga Grétarsdóttir paddled solo around  Iceland. Meanwhile Felipe Behrens is currently paddling his Taran around Florida.

While the achievements above mark milestones in the life of the Taran the boat was being paddled increasingly frequently in other areas too.

… and it has even become the subject of artwork. 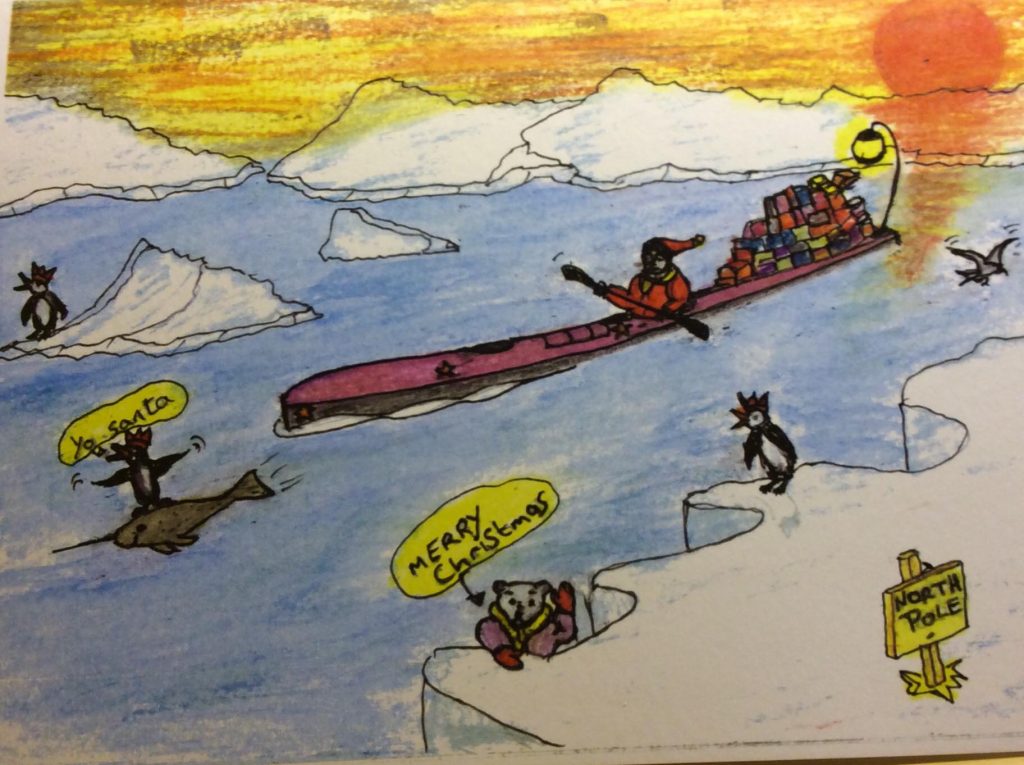 So in the last decade we’ve watched the boat go from an esoteric records boat to a training boat, race boat, exped boat, day-trip boat and best of all – a slightly-longer play boat.

It can be now found as far west as the United States and as far east as Australasia. Not bad.

Well that’s up to you… 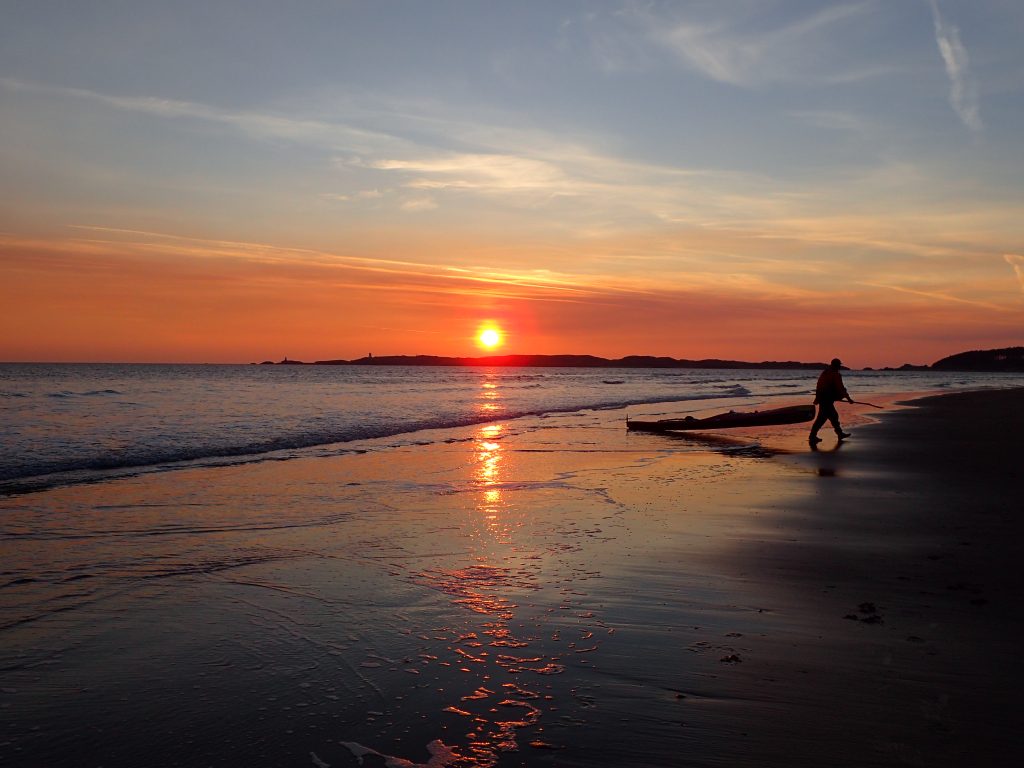