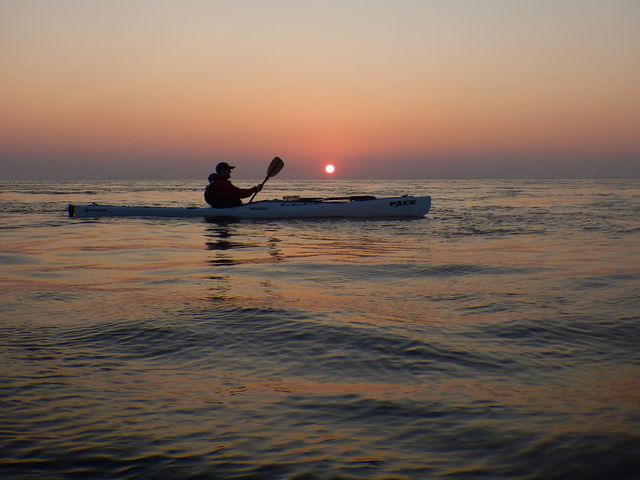 Matt Parton and Giles Hudson set a new record for the Team Circumnav of the Isle of Wight on 21 Sep 20 as they paddled around the island in 8 hrs and 22 mins. ( Isle of Wight Records )

Here Giles tells of the trip.

Ten years ago in January saw Matt, club mates and I on the Menai straights with a strong wind against spring tide ripping up the waves. As I felt my stern rapidly being pulled upwards by an unexpected wave I hear Matt yell “We have a swimmer”. That was despite me being upright and somehow managing to stay upright.

Rolling forward to the 6 September I am half way round the Isle of Wight solo, messaging my friend David Copp to keep him up to date of my position – he replies “well that looks like a nice warm up lap for the next big tide when we will do it together”. Luckily I was in too much of a rush to find the expletive emojis.

So a plan was hatched, although the hatching was not by me. Matt Parton was keen to come along. I had forgiven him, just about, regarding his assessment of the likely winner of the Giles V wave competition. But we were even anyway, after I had recently been dismissive of his colour scheme for his dream boat, that hopefully his wife already knows about.

As the big tides grew closer Monday was clearly the best, if not only, day weather wise. But sadly this conflicted with David’s diary.

I woke up Sunday morning with the realisation that my trip plan was not bold enough and would also make the trip longer. So it was back to the drawing board, agreeing expected base paddle speed, critical points and timings for the more complex tide flows. But were we dreaming too big? What would be happening at St Catherine’s race? Last time I was there beautiful uniform curling and breaking surf waves forming pipes as far out as I could see.

Trip plans ripped up, charts, string, rulers and spreadsheets out we agreed on a new Plan B, had an early night and met at 5am at Saltgrass Road Hurst. Most of the road was full with camper vans. So as not to disturb anyone we parked away from them and near the smallest car I have ever seen with a tiny trailer behind. As we were leaving not one but two unhappy, sleepy looking folks squeezed out from the trailer. We made a quick exit and on to the water at first light and over to Alum bay to wait for our allotted departure time. 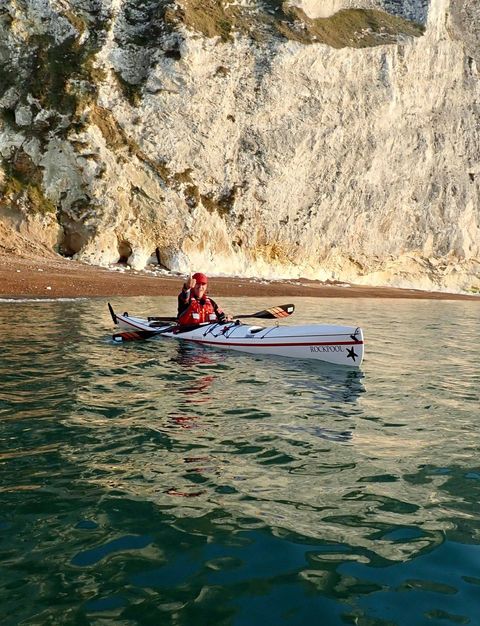 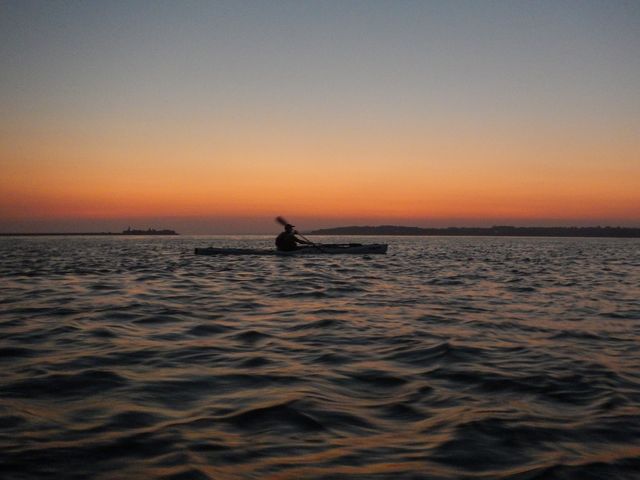 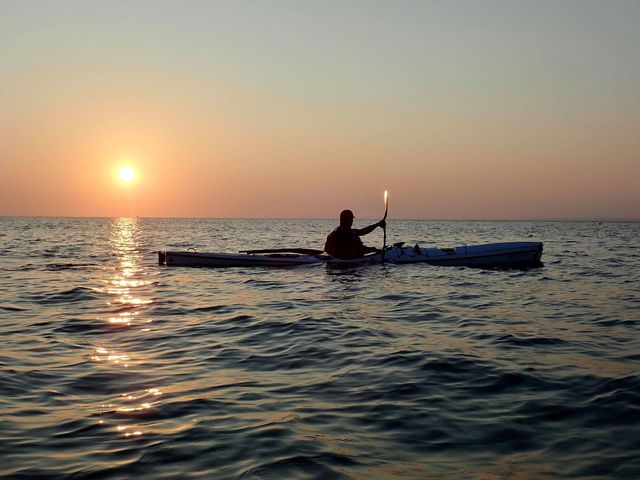 Then we were off proper. More than a few full-on paddle strokes were needed to avoid the rocks at the Needles or it could have been a very short, embarrassing fail. Then we were clear and heading into the rising sun with the outline of St Catherine’s in the distance. A robust but sensible pace in the rolling swell and we were soon at the race, which didn’t disappoint with breaking lumps coming in beam on from starboard. Sorry no pictures.

Then, for me at least, the worst part of the trip – heading to Whitecliff, the cliffs that never seem to get any bigger. Then Bembridge lifeboat station, Seaview with all the moored boats helpfully lined up in the tide to show us the flow, Ryde pier and hovercraft, Wootton Creek ferries, yachties on autopilot coming at us from astern. 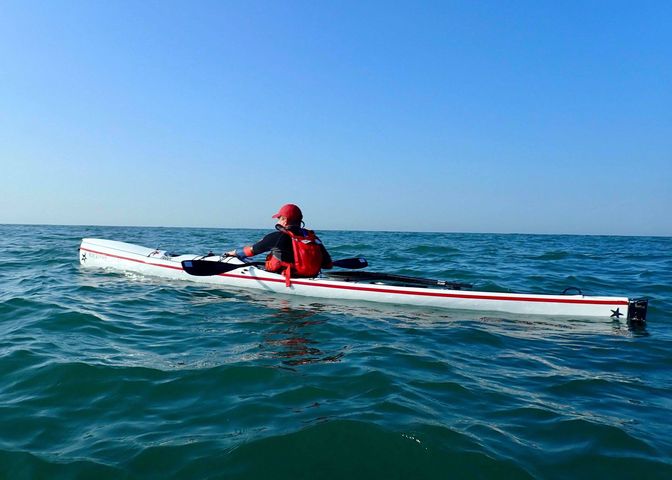 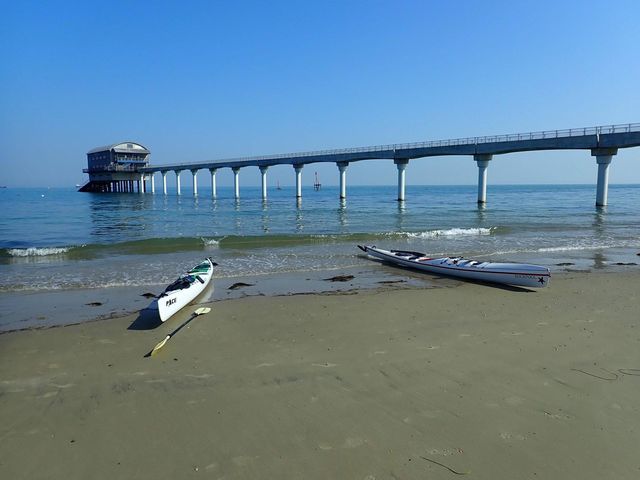 At Ryde we had no headwind for the first time on the trip but at Cowes Matt was quick to claim I was jinxed as the expected Westerly filled in. By Lepe, Matt was on home turf (OK water) and he was and up and off for a last big strong relentless pull all the way down to Hurst. Seven knots, eight knots, nine knots then ten as we hit the Hurst race. Which is when my cramp hit. One legged through the gap cursing to myself and trying to sort my leg out was not ideal. But we made it. Then just the final grit back to our start point. 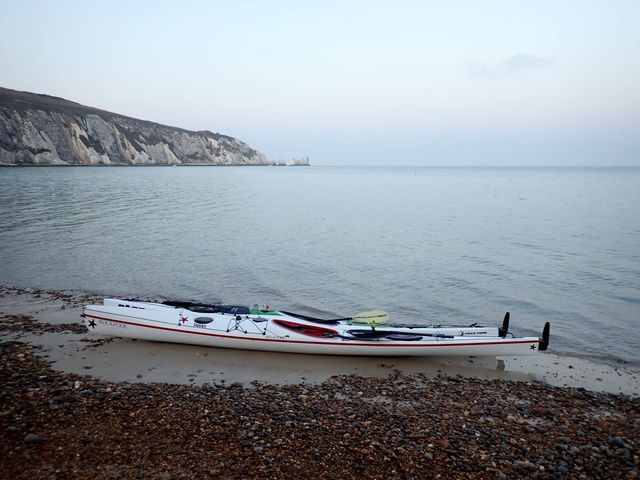 It was done. I was done in. We made it. Thank you Matt, for a great day out – PS your colour scheme is great. 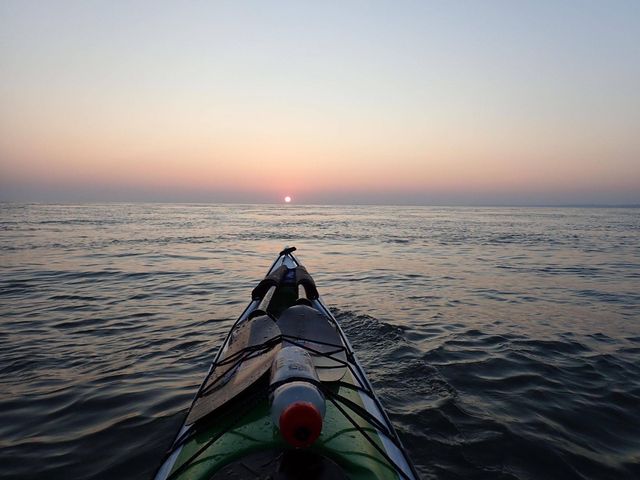